How Could You Forget Poptropica?
Add comment
Share:FacebookTwitterLinkedInPinterest
UOW

How Could You Forget Poptropica? 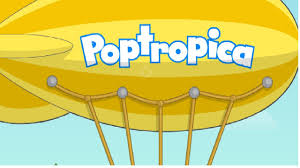 If by some unfortunate shame you never wasted away hours of your childhood on Cool Maths Games running around in the imaginary land of Poptropica – I’m sorry to tell you that you were truly deprived.

Poptropica is an online adventure game where players explore different virtual locations and complete small tasks, challenges, and quests. The vibrant universe of Poptropica was created by Jeff Kinney, the author of the widely adored (by which I mean, I was obsessed with it as a kid) series ‘Diary of a Wimpy Kid’.

The game was created in 2007 as a flash game and became available on a handful of different online platforms. Flash was laid to rest back in 2020, but you can still play it for free on most of those same platforms. The up-to-date version of the game is available on Steam, Poptropica.com and there’s even a mobile app.

A structuralist approach to game analysis of Poptropica would reveal its initial strengths and weaknesses. We are able to see how the game has changed to survive in a fast-paced media landscape. Being introduced as a flash game to be played on PC with nothing more than a mouse required, it was easily accessible to young, unskilled users. The game, by memory, also used to include a rather limited chat function. It was a pre-scripted choose-a-response deal, meaning that it was relatively safe for children to play but definitely excited my friends and I by allowing online interaction in a way we’d never experienced.

When we consider this game as a text, it opens up a discussion of its theoretical framework through its cultural significance. A post-structuralist approach to analyzing this game may note that the game includes an enormous amount of pop culture references. The cultural scope and subtexts extend far beyond the game itself. The different islands are designed according to a certain theme, often drawing off other popular media. For example, there used to be a Diary of a Wimpy Kid island, fairytale island, and superhero island. Players with knowledge of these subtexts might’ve found the game more enjoyable and easy to play than those without.

When examining any text, it’s important to consider the personal context that affects your analysis of it. A large part of Poptropica’s modern-day appeal is the nostalgia it garners – many critiques have been made for the updated version of this game, so what keeps people playing it is largely our sense of connection to it. This is markedly shown through the game’s current marketing material as seen below.

Looking at paratexts of the game, such as its marketing material is able to give us a more in-depth understanding of the game and what motivates people to play it. Asking users why they have such nostalgic feelings about Poptropica and what they found so enjoyable about it would open up an interesting discussion on the psychoanalytics of the game.  I remember the appeal of Poptropica for me as a kid was largely the customisation of an avatar and the freedoms that the game affords players by making so many interactable objects and characters. “Choose your own adventure” books hold a similar appeal.