Sydney-based alt-rock band Social Strangers released their first-ever single last Friday 4th, October. ‘Here’s To Anarchy‘ is a “mid-tempo alt-rock anthem that lyrically deals with feelings of alienation as young Australians growing up in uncertain times”. The track is available on all streaming platforms, so there’s no excuse to go another second without hearing it!

Anyone who knows me (or who has had the amusement of seeing my Spotify Wrapped every year) knows that I’m not very well-versed in the classical emo rock genre. It’s generally not my preferred cup of tea, but I know a good song when I hear one – so when the band reached out, I was absolutely willing to write a review, despite the impending risk of looking like a rock noob.

Social Strangers came together earlier this year after working with one another in a series of other musical projects – “as an outlet for their creative synergy”. In that spirit, ‘Here’s to Anarchy’ is a fantastic choice for the first release from these guys. With Phillip Small on vocals and synth, Mia McDonald with backup vocals and rhythm guitar, Adrian Natoli on lead guitar and Hamish Lewis on the drums, the band set out to prioritise collaboration.

“Everyone contributes to the songwriting, arranging and production, Social Strangers is a highly collaborative project, producing genre-bending original material that straddles a wide range of topics, lyrical themes and youthful introspection”

The song is completely self-produced at Soundverse Studio by lead guitarist Adrian Natoli and mastered by Kathy Naunton at DB mastering studio. I’m told ‘Here’s to Anarchy ‘ was written by the band’s keyboardist/singer, Phil Small – this makes a lot of sense given the scaled melodic and rhythmic style of the verses and makes for a really interesting sound on a guitar-dominated track.

The lyrics reflect a feeling of hopelessness as a young person living in uncertain times, a feeling I’m sure we can all relate to in recent years.

“The song is about alienation from established political & economic systems from a bygone era. Being led by an old generation clinging to power who won’t live to have to deal with the consequences of climate change, religious zealotry in politics that doesn’t represent the youth as well as the rise of overt racism, conspiracy theories, political violence, international instability (Russia, China) & the pandemic.”

With over 20 layers of guitar and keyboard and vocal harmonies sung by Mia McDonald, the track is undoubtedly put together with poise and craft. Within the first few bars, this song feels familiar. The opening riff had me perked up, ready for a cheeky beach-rock track – it doesn’t take long to realise this isn’t the case.

This track picks up after the first verse – it’s incredibly dynamic for something only a few minutes long. During the first verse, you pick up on some pretty heavy 60’s protest chant rhythm and melody – in some ways reminiscent of a Bob Dylan or Midnight Oil track. The vocals in the first minute or so remind me of Stella Donnelly’s swaying witted melodies. It almost sounds like it would be the opening credits for an early 2000s teen sitcom.

It picks up pace about a minute in. This section of the production and vocals instantly reminded me of tracks from Bo Burnham’s ‘Inside’ (an utmost compliment, in my opinion), which checks out given the similar air of societal critique and doom.

By the time the chorus rolls in, the guitar is heavier and quicker, a world away from the head-swaying vibe of the verse. It’s still very reminiscent of the early 2000s, but more Greenday than the sitcom theme song. The band named Greenday and Radiohead as some of the prominent sonic and lyrical influences for this song, so it’s certainly safe to say they hit the nail on the head.

Spoiler alert, but there’s an awesome guitar solo at the end to finish off the track and consolidate it as a certified rock anthem. It takes you by surprise, but I think it’s what this song needed, and it’s a great way to finish a song regardless.

The band says they’ve colated a rather extensive back catalogue of studio recordings set for release very soon. If you’re less of a Greenday fan and more into Foo Fighters, the upcoming tracks will do you well. If you’re a fan already, keep your eyes and ears peeled because Social Strangers has many more where this came from! 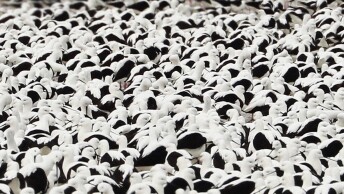 Critiquing Albums Like I Could Make Anything Better: Flood by Stella Donnelly 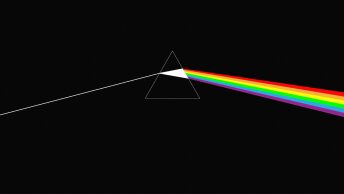