Why Do People Believe in Astrology?
Add comment
Share:FacebookTwitterLinkedInPinterest
UOW

Why Do People Believe in Astrology? Over the semester, I conducted a survey that aimed to determine the popularity of astrology amongst students in my subject, as well as identify the reasons for believing in astrology. Below you will find my opinion piece on the topic, as well as a report of my data and findings, my bibliography, and finally a short reflection about the whole process.

Astrology is the study of movements and positions of celestial bodies interpreted to influence human affairs. While the discipline can be part of a greater spiritual/religious standing, it has been popularised in western youth culture as a social trend in recent years. Having first-hand experience in the growth of this trend and its implications, this semester, I set out to determine whether or not the pandemic and subsequent lockdowns impacted the growth of western astrology as a means of self-affirmation.

It should be noted that ‘belief’ in astrology does not equate to interest in astrology. I found the idea of exploring the validity of astrology as a belief system to be a boring topic. However, the vast majority of academic papers available on astrology are concerned with disproving astrology. The question at hand as i see it is ‘what leads people to become interested in astrology, and what do they use it for?”

The decade-long rise in popularity of astrology is evidenced through thousands of astrology-themed Instagram and Facebook meme pages, as well as the recent surge of dedicated astrology TikTok accounts. We’ve seen astrology-themed merchandise pop up everywhere in the last decade. I have a fridge magnet that says ‘Taurus’ on it. It’s a very easily commodified trend because it feels personal and can be recontextualised, recycled through just about any medium. People go viral on TikTok every day for videos like ‘songs on Folklore as the Zodiac signs’ or ‘zodiac signs in Little Women’.

This increase in popularity could be accredited to any number of causes. The dissatisfaction with institutionalised religion, especially amongst youth audiences, could be a contributing factor. (Kempton, 2020) The rise of social media and the commodification of self-image is another obvious factor.

However, there has been a sharp increase in interest over the last year. Pop-astrology apps such as co-star reportedly experienced a massive boom in downloads over the last 12 months. According to Google Trends, searches for “birth chart” and “astrology” both hit five-year peaks last year, and many professional astrologers report that business took off under lockdown. (Parkin, 2021)

I became significantly more interested in astrology through social media last year for no other reason than curiosity, inevitably piqued by the astrology videos that showed up on my For You Page. I wasn’t sure that this was the case for many other people. However, astrology is a topic that ignites passionate opinion on either end of the topic, so it lends itself nicely to a research project.

The data I collected affirmed my hypothesis. 70.4% of participants stated that they have become more knowledgeable about astrology in the last 12 months, and 94% of those said that they’d grown their understanding through social media.

When looking at the reasons for this increase in interest and knowledge, I considered several academic sources as well as my own data. It would be lazy to suggest that TikTok and millennial/gen z self-obsession is responsible for the interest in astrology shown by youth today. I had to dig into the psychology behind it.

As seen below, 70.8% of 24 participants identified self-discovery as a reason to engage with astrology content. I did not find this surprising, nor did I find ‘fun’ being the second most common answer to be surprising. Through the research I had done early on, I originally hypothesised that ‘comfort’ or ‘community’ would be more common answers. Only five people ticking ‘because it’s popular, to me, proves that there is definitely something more meaningful to youth about astrology than the usual ‘fitting in’ narrative that young adults are often dismissed by.

Only 37.5% of respondents reported ‘comfort’ as a reason for interest in astrology. This was surprising to me, as there is a fairly common finding that people reach out to astrologists in times of uncertainty and stress. For example, a 1982 study found that “under conditions of high stress, the individual is prepared to use astrology as a coping device even though under low-stress conditions he does not believe in it.” (Tyson, 1982).

In 1998, a study entitled ‘belief in astrology as a strategy for self-verification and coping with negative life-events’ was carried out, proving a correlation between interest in astrology and the number of personal crisis an individual may have experienced in their life. (Lindeman & Lillqvist, 1998). Kempton (2020) suggest that “the correlation between astrology’s increased popularity among millennials and their prevalent stress levels indicates that astrology could be serving as a coping mechanism.” I presumed that the global pandemic contributed as a personal crisis in the lives of most and that the time alone led a lot of people to self-reflection and, subsequently, interest in astrology.

I included a question in my survey to test this theory.

70.4% of 27 respondents reported that they had undergone major experiences or breakthroughs in their personal identity and self-image in the last year. When asked if they thought the pandemic played a part in their self-discovery journey, all but one said that it did. 23 out of 24 respondents agreed that they’d become more self-aware in the last 12 months. This proved the link between the pandemic and an increase in self-reflectiveness.

These questions were ones that I had to link closely with the topic at hand because asking participants to speak on their own personal struggles with identity without the lens of astrology or the pandemic would be unethical in the parameters of both this assignment and the emotional boundaries of the participants and myself. However, I did ask these questions in a short-answer format because I felt number-ising personal experience to that degree is also unethical. Below are some of the participants’ statements. I did receive permission to share these answers; however, since the participants’ name does not add value or insight, I did not include them.

However, this study did not confirm the second part of my theory. Yes, there has been an increase in interest in astrology in the last 12 months, and yes, there is a correlation between the pandemic and self-reflectiveness. Still, there is no link shown directly between that self-reflection and interest in astrology. When asked why they believe they are interested in astrology, about half of the participants responded with surface-level answers, attributing their interest to entertainment, not self-understanding.

In summary, the correlation between the pandemic and the rise in interest in astrology may not be as deeply founded as I thought it was. Perhaps it really is just a case of boredom, isolation and social media. Although perhaps participants experience some level of denial due to the ridicule that belief in astrology receives, more questions and research are needed.

Around 70% of the 27 participants said that they, too, had become more knowledgeable about astrology in the last 12 months. I got 18 responses to the question, “if so, how did you acquire this knowledge?”. 17 of them identified social media as the primary source of knowledge, and 8 mentioned TikTok specifically.

These two questions allowed me to compare the participants’ interest in astrology growing over time.

It supports the fact that astrology was already a rising trend, showing that 33.3% of participants would say they were moderately interested in pre-pandemic. Post-pandemic, it shows 33.3% of users are very interested in astrology.

I included this question because I originally intended on looking at the effect of barnum statements on students during the pandemic, but didn’t use the data.

Both of these questions helped support my point, as seen in the opinion piece above.

Along with this quantative data, I also asked short-answer questions to gain qualitative data.

Below is a spreadsheet of the qualitative answers I recieved.

Farha, B, Shermer, M. 2014, Pseudoscience and Deception: The Smoke and Mirrors of Paranormal Claims. United States: University Press of America.

Jones, D., 2019. How Pop Astrology Became the Trend of the 2010s. Available at: https://www.vice.com/en/article/qvg7wv/astrology-trend-2010s-co-star-the-pattern

Kozlova, E. 2011, A phenomenological inquiry into the process and effects of finding meaning with astrological symbolism, Institute of Transpersonal Psychology.

Michael, J. 1984. The Validity of Astrological Theory as Applied to Personality, with Special Reference to the Angular Separation between Planets. Doctoral thesis, Goldsmiths, University of London.

It’s been a hectic semester, and I’ve had quite a few challenges in my personal life and mental health that demanded my attention, and so my university work took a backseat while I got myself back on track. I created my survey early in the semester and promoted it a few times when I remembered to. Luckily, I did receive enough responses to use in my data. In hindsight, I should have factored in the risk of time and energy depletion. I’ve been aware of my tendency to procrastinate for quite a while, and so it was a predictable barrier to completion that I should have worked more diligently to address.

While I got lucky with my survey, I would have benefitted from getting on top of the background research sooner. Outside of my survey, a few tweets and whatever sources I looked at for my pitch, I threw this assignment together in a matter of days.

I ended up changing some parts of my survey after seeing my classmates’ which did a better job at being ethical, so those questions are squed in their answers, however, those are not questions I used for the report, just my approach to ethics.

I did not have a clear idea of my research focus when I created my survey, and as a result, I asked some questions which just did not end up being relevant. Had I looked into the existing research sooner and with more detail, I could have narrowed my research approach and thus created more valuable findings. 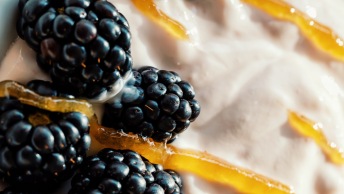