Who Owns ‘The Media’; & does it Matter?
1 comment
Share:FacebookTwitterLinkedInPinterest
UOW Australia is home to “one of the most oligopolistic media sectors in the world” (Cunningham 2014). The four major media companies, News Corp Australia, Fairfax Media, Seven West Media and APN News and Media, account for over 90% of the revenue in the communications industry (Lidburg 2019).

However, despite the gravity of the statistics, I embarrassingly admit that before the first week of my Communications and Media Lectures, Rupert Murdoch was simply a name I recognized and nothing more. The names of the other big media typhoons had never tickled my eardrums either. While this may be on account of my general disinterest and lack of contact with legacy media, it may be a common grey spot for thousands of other Australians too.

Now, you may be wondering (if you’re as clueless as I once was);

Why does it matter who owns the media? News is news, right?

And to you, dear reader, I say…You’ve got a point! Information is information. My seasoned journalist peers may click their tongue and shake their head at me for this one; but ‘truth’ is subjective and clearly malleable.

However, for those who believe and blindly trust in legacy media to provide them with unbiased facts, the massive concentration of media ownership in Australia poses “a structural and regulatory issue” (Lidburg 2019).

See, if you don’t KNOW the political background of those who own and control the media you interact with, you may accept their account of ‘the truth’ without consideration of the motives behind the push of that information.

The concentrated ownership of media outlets we find in Australia is restrictive of perspective. Our personal ideologies are shaped by the information we interact with and the way in which it is presented to us. Our ideologies bleed into our day-to-day way of living, behaving and thinking within our society and how we imagine it to be.

It’s important to interact with a range of media owned by different people, because, as Cunningham puts it, “Diversity of ownership leads to diversity of content and perspective”.

We see clear evidence of this within Australia’s political demographic. It’s not unlikely that an 18-year-old Australian finds themselves to be the only liberal-minded individual at Christmas dinner while their aunts, uncles, parents and grandparents feel un-challenged as they deny climate change and inquire as to why there isn’t “straight pride” between mouthfuls of pavlova.

It’s understandable when your grandparents have likely grown up being informed by Broadcast news and Newspapers owned by the same 4 or 5 wealthy conservatives. The rest of us, however, have grown up alongside the development ‘web 2.0’. This allowed public discussion and publishing that challenged the viewpoint of mainstream media. As Linburg puts it, “The internet allowed citizen journalists(…)to publish and contribute to media diversity.”

See, in the era of ‘fake news’, where our media sources dictate and shape the ‘truth’ we all live our lives around, it’s too easy to forget — to a massive degree, legacy media is outdated, and engagement with it is optional. We are completely capable of forming our own preferred truths according to the never-ending plethora of information readily available to us.

And, as a quick personal side note

I grow more sceptical of what I’m reading as the price tag goes up. I trust people and sources that could have had two-minute noodles for lunch. People who make a shittone of money putting out information in their own preferred way and influencing the masses are neither helpful nor do I believe they take the emotional limits and needs of the audience into consideration very often.

There’s nothing wrong with acquiring information through the comedic filter of meme-culture or humour, and positivity doesn’t equate to a lack of impact. It’s more than okay if you can’t bring yourself to read or watch ‘the News’. Gone are the days of unbiased media. But if there’s going to be a bias, personally I opt for compassionate news.

In a circumstance where the media enterprise is arranged in a manner which may infuse mistrust and harm, it remains the responsibility of the audience member to actively seek out oppositional and/or perspective-balancing information. When it seems the power is divided on the tips of Murdoch and Packer’s fingers, it’s essential to realize and utilize the power you have personally to dictate your own reality.

A fish has no idea it’s swimming around in water it’s whole life, you know?

Evershed, Nick (2018) The Guardian ‘How The Fairfax Takeover Will Further Concentrate Australia’s Media. Accessed at https://www.theguardian.com/news/datablog/2018/aug/03/the-fairfax-takeover-and-how-it-will-worsen-australias-media-industry-squeeze 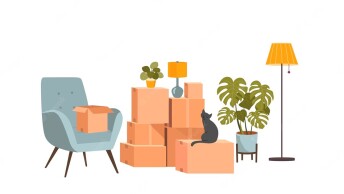 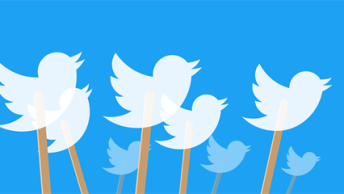 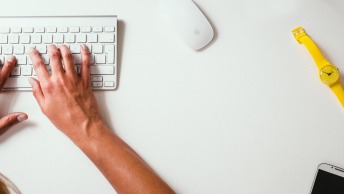 I Never Thought I’d Be Marked On My Aptitude For Self Criticism: BCM325 Pitch Reviews