Critiquing Albums Like I Could Make Anything Better: angel in realtime. by Gang of Youths
Add comment
Share:FacebookTwitterLinkedInPinterest
Music

Critiquing Albums Like I Could Make Anything Better: angel in realtime. by Gang of Youths I first came across Gang of Youths in 2017; I think by memory, my friend showed me “Achilles Come Down” after I’d mentioned my love for string instruments. We sat in the school library, earphones in, brains exploding, and it was done. I was irreversibly hooked. It took a few more weeks before I really committed to listening to their entire discography, and then came the delightfully infamous video of David Le’aupepe (the lead singer for GoY) performing “Let Me Down Easy” at Splendour in the Grass 2018.

Obviously, I had no choice but to fall absolutely ass over head in love. They ended up taking out song number 3 in my oh-so-prestigious top 100 of 2018 blog post with “The Deepest of Sighs, The Frankest of Shadows”, which remains one of my favourite songs in existence.

Their previous album, Go Father In Lightness, was centred around the death of Dave’s wife. Unfortunately, we fans waited five years for another album, and this year we were blessed with angel in realtime. This album is based on the death of Dave’s father. The boys said pretty early on that this album would be different from anything they’ve made before. I’m beyond glad to report that while it’s new music, it’s the same old Gang of Youths heartwarming feeling. It’s just as beautiful as ever, but they’ve definately played with some different musical influences. The album’s overall tone is less convoluted than Go Father In Lightness was. You don’t particularly need a thesaurus to understand the lyrics on this album. You might need some tissues, though.

This is a great opening track, truly. It sounds kind of like a good night out at first. Not a word is sung until a minute in, but that’s not at all an issue here. It references ‘The Overpass’, an old song of theirs. Dave sounds as beautiful as ever. The electronic influence sounds like a St Vincent song, which I love. Right from word go, you know that this album will be stunning.

in the wake of your leave

This one is so fun. It’s as upbeat as the album gets, and it’s one of my favourites. Plus, It’d be beyond life-changing to scream in a crowd.

“It quakes and moves
Then breaks, then shatters over me
In shapes of all these quiet sacred things I need”

the angel of 8th ave.

This is the first single they put out from the album and the first we heard from them in years. It was intended to be a tribute to their ‘old sound’. It definitely grew on me the more I heard it. I love the clapping beat. It feels very familiar and homely.

This song references the role of art in capitalism. It’s confronting but spitefully delicious. Hearing Dave Le’aupepe say, “I’m only in it for the money” isn’t something I expected to hear, but I’m glad I have.

This one is very calm. It’d make a good sleeping song, and it sounds like fresh cold air. It’s understated, and I love it. It’s tough to rank for that reason, though. Don’t take my track ranking too seriously because every song on this album is perfect.

Words that I stole from Genius Lyrics to explain this song:

“[the EP] features unison, a song dave conceived in samoa, his ancestral homeland. you will hear samples, the recordings of david fanshawe, who travelled to the pacific islands in the late 1970’s and recorded one of the most extensive libraries of indigenous pasifika and maori music anywhere in the world. we want to thank his family for their leadership in preserving this music and their partnership on the project…”

“A screed, a view in an endless feed
Of disquiet I never knew I had, I guess
But I am full to the head with unsayable things
That I don’t want to forget”

This is probably my favourite on the album on first listen. It’s spirited, nostalgic and at the same time so fresh and new. It’s so different, and so many obvious influences have been pulled off magnificently. To my understanding, it’s David’s impression of his father. It’s obviously brilliantly written. There’s a spoken interlude and sparkly horn solo at the end. It’s perfect.

“I fell in love, it was the ’90s, you see
I met a woman across the Tasman in ’83
And we settled down and raised a couple kids
But I couldn’t bring myself to tell ’em what I did”

the kingdom is within you

This song is about pacific islander culture, which is a reassuring influence throughout this album due to David’s heritage. I love the lyrics, even though I can’t say that I fully understand the history behind them.

“Do I send the card with mountains on?
Or the one with all the riot police?
I don’t open doors for the uniform
Skulking shadows that break in at the dawn time to haul us away
Do you know how it feels?
I can recite every libel and terrible thing I get
‘Cause I built this place”

The vocals are gorgeous, the melody is sad and sweet and calm. I love the subtle build to the chorus. It sounds like something else, like a song from 2010 that I can’t put my finger on, and I love it. The sound effects are so well used. Lyrically the band has done what they do best here; mix the ordinary moments of life with important overarching existential concepts. It’s definitely one of my favourite songs on this album.

“In a kind of way
It makes me feel at home
Superfluous as shit
Digestible and free, Lord
Within reach and my control
Throw the kettle on”

On the first listen, this song stuck out the most to me. It clearly tells the story, which the whole album is built around. It talks about dave’s father dying, uncovering complicated family secrets, and coming to terms with them.

“This began as a simple piano motif in a studio in Auckland… trying to, effectively, compartmentalise what I had learned about my dad’s life and my family story into one ballad. I’d thought a lot about Paul Kelly, Joni Mitchell, Tom Waits and other storytellers who only needed a piano and the truth.”

“Our brother Matthew is a baker, and he
Stands a mighty seven feet
He was brought up in a Maori family
And speaks Te Reo fluently
He didn’t know about our father ’til I
I guess he was about 18

And he did some time for something awesome
And he’s the sweetest guy you’ll ever meet
He came to meet me at a festival
And he told me everything he knew
That our father left him at the hospital
But if he forgives him, then I should too“

This one feels like a call back to Magnolia, the song that had this band take off in the Triple J audience. (Actually, I looked into it just now, and that’s precisely what it is). I did shed a tear to this one, just cause it feels so personal and genuine. There’s no fancy production, but it doesn’t need anything more.

This is probably the happiest song on the album. It sounds like the final song of some miserable dead-dad musical but in the best way possible. When it was put out as a single ahead of the album, I thought, “yeah, this is quite different, actually”. I like it a lot better as a part of the album.

“Central to the song are the voices of the Indigenous people from the island of Mangaia, recorded by David Fanshawe, signifying Le’aupepe’s deepening connection with his family history.

“There’s a painting of you and it hangs in our kitchen now
‘Cause when my kid’s getting high in a hot-wired symphony
Mm, and I’m looking for sage advice
You’ll be up and away, hummin’ away like everything’s fine”

I love a good simple piano ballad. I love the vocals on this one, too, because it just kind of sounds like a freestyle song he naturally whipped together making dinner. This is actually a sports song, and I don’t know much about sports, but the concept of this song is genius. I’ll let Dave explain himself, though.

“Well death happens, and life happens after and it all moves on. It’s all poetic and it’s all shit. It’s controversial one year, and suddenly a symbol of hope the next. It’s justice and it’s aberration. They build highways through the neighbourhood, managers swap teams, money gets tight, people move and things change. A lot of it is bad, and tragic — or perceived as such. Much like the perception of Diego Maradona’s first goal against England in the Mexico ‘86 world cup quarterfinal. He’s reviled for his deception as much as he is admired for his genius. “

“So far, so good
But it’s been a long while
And I’ve since understood
Just how you lived now that I am
Older, wiser and I’ve
Given up things myself like you”

goal of the century

This song is 7 minutes long. Someone call Tool and tell them, Dave, from up the road, is coming for their brand. If you make it all the way through, you find out that this is the title track on the album, which I love. Make them wait, king. I do love a huge f-off instrumental intro, though. It’s a fantastic wrap-up end of album song. It’s incredibly hopeful, and the lyrics are borderline funny. First and foremost, Gang of Youths is self-deprecatingly hopeful.

“Ah, shit, I know this one and I, I know it’s real
When I heard it on something, I levitated, it eviscerated me
I got the meaning of it, I got the feel
That shit was underrated, I made a pact with myself
I made a deal
I’m the inexorable asshole in a Cuban heel“ 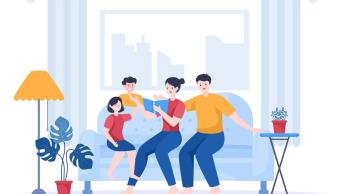 What Happens To Your Parents When You’re All Grown Up?