Today Sydney band AMARNA is back with the release of their second-ever single! Their new song is called ‘When’, and it’s out on all streaming platforms as of Friday, October 1st.

The band has done us the privilege of dropping an absolutely beautiful video clip to go along with this incredible track. I think it really adds to the overall ambience of the song, so check that out and chuck them a follow as well.

When three-piece band AMARNA put out their debut single, ‘Routine’ in June this year, My review compared it to upbeat, laid back Aussie surf-rock legends Ocean Alley. This time the Sydney band delivered a slower, floating ballad but with the same captivating energy of Routine. AMARNA definitely kept that energy flowing, but this track reminded me of something like Eddy’s Song by Sticky Fingers or The Meadows by Dear Seattle.

‘When’ is stripped back, dreamy, honest, calm and emotional. If you don’t chuck it on your summer playlist, you’re losing out.

I was hooked on this song within five seconds of the first listen. What really sets this track apart is that crisp, clean, dreamy guitar melody. Dare I say, it gives Rum Rage a run for its money in that sense. I recommend listening to ‘When’ through your best pair of earphones and just sinking into that genuinely timeless sound.

“When it comes to inspiration, I tend to draw a little bit from a lot of sources. I’d say I was inspired by the British India album ‘Nothing Touches Me’, Sampha’s album ‘Process’, Matt Corby’s ‘Telluric’ and ‘Rainbow Valley’ and… throw a little Ocean Alley and early Sticky Fingers in there for good measure.”

The poetic, raw lyrics in the verse give way to that simple, singalong earworm of a chorus. A few months into Lockdown, I think we can all relate to feeling like we’re “floating through life”. I can’t wait to sway my phone torch to this song when gigs and concerts are back up and running.

“We were playing a show and needed an extra song to fill time in our set where I mentioned I had written something a while ago. We played it that night, and people seemed to like it, so we kept on playing it.”

James’ vocals are smooth, steady and expressive. The more sombre tone of this song really shows off his impressive range and vocal control. The production (via Soundverse Studio) hits that sweet spot between letting the vocals lead the show and that iconic guitar melody shine through.

“With this track, we are definitely going for more of an intimate vibe, so the guitar was recorded with three different mics. The end of the song was a little more of a challenge for us. Trying to find a balance between coming in strong but also not shattering the sentimentally of the song as a whole.”

The drums pick up in the last chorus, and it really hits the spot, giving us that extra burst of energy and emotion that makes you want to hit rewind. All in all, ‘When’ is an exceptional second single from AMARNA that shows off what they can do, and hopefully, where they’re headed. 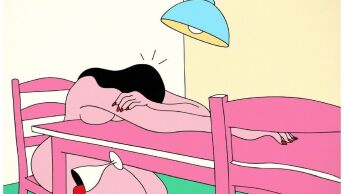 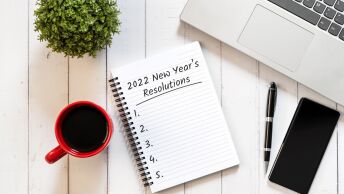