For my BCM212 research project, I’ll be exploring the relationship between astrology and/or Myers Briggs type indicators and self-image.

There’s something to be said in terms of the human experience and its irrefutable link to defining, categorising and exploring ourselves and our realities based on our common or distinguishing traits. It’s a topic that is in some way relevant to everyone. How do you define yourself? Why do you define yourself? Do we seek out self-affirming archetypes using these trends and systems such as astrology? For what benefit? Is there any merit to these methods of self-discovery?

Astrology, in particular, tends to trigger quite a dichotomizing response from person to person, which is why I believe it to be an interesting and achievable research topic for this project. The BCM212 cohort is likely to have strong viewpoints falling on either end of this topic, which lends itself to a detailed discussion around the legitimacy and purpose of personality placement tools. More importantly, it will lend itself to research regarding the psychological and social use of these tools as a way of understanding one’s self and others.

I’ve ran some polls to test the cohort’s thoughts on the subject, and found the range of responses given to be encouraging.

Largely, the existing research on the subject states that while no conclusion is evident on the objective truthfulness of astrology, it fulfils a common need to understand oneself and the world around them. Researchers such as Padget & Jorgenson state that this need increases in times of uncertainty surrounding one’s own identity or their reality.

There is an enormous wealth of research around Barnum statements and why they appeal to people from a psychological point of view, which assures me that the information is there to research.

One of the major impacts of the pandemic and its resulting isolation is a rising social trend of introspection. For many people, the pandemic was the first time they’d ever been alone for extended lengths of time, and when you can’t reach out in the way you’d like, people tend to look inwards. In a time where traditional religion is fast declining in western youth culture, astrology and related concepts may act as a micro belief system and social structure.

A study conducted at The University of Helsinki, Finland, looked at the belief in astrology as a strategy of self-verification and coping with negative life events. They found that belief in astrology correlated with the number of personal crises the subject had experienced, and gave students a sense of control, self-perception and perceived luck.

Research by Margaret Hamilton found that people whose star signs are stereotypically associated with negative personality traits are less likely to believe in astrology. This supports the idea that belief in astrology is used as a form of self-validation. In a report, The Fault is not in the Stars: Susceptibility of Skeptics and Believers in Astrology to the Barnum Effect, it is found that believers of astrology were more likely to accept even a negative description of themselves and that non-believers were significantly more positive in their opinions towards astrology in cases where their horoscope was positive.

The large majority of academic sources focusing on disproving astrology in scientific terms or devaluing it as a belief system are challenges I’m anticipating when researching this topic. I want to avoid bias on either end of the issue by looking at the topic from a different perspective altogether.

I’d like to conduct research on the topic that diverges from the tired narrative explaining the scientific legitimacy of astrology as a belief system and more towards astrology as a concept created to satiate a need for self-affirmation. Is it a helpful and healthy method of self-validating, and is it commonly used in this way? If so, does it work, and why?

I’m excited to explore this concept and create a report that adds something of value to the already broad research base on the topic.

Lillqvist, O. and Lindeman, M., 1998. Belief in astrology as a strategy for self-verification and coping with negative life-events. European Psychologist, 3(3), p.202. 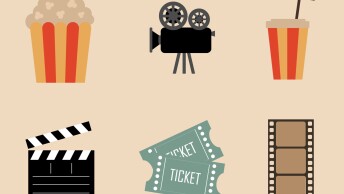 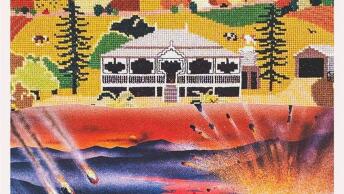 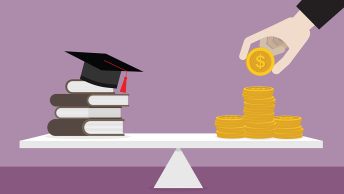